Ibermach (Erlo Group) has successfully installed 2 robotic lines of hydraulic presses for the calibration and punching of stainless steel housings. These twin lines have been assembled in the production plants of Vigo and Viana do Castelo (Portugal). Ibermach has been the managing company of the global project, being the manufacturer of the hydraulic presses model OG-75 t of 75 tons of capacity.

As responsible for the project, at Ibermach we have entrusted the line of entry of parts, robotization and extraction of parts to our close collaborator expert in this matter, JOVI AUTOMATISMOS, with whom we always have for this type of peripherals for our special machines and hydraulic presses. 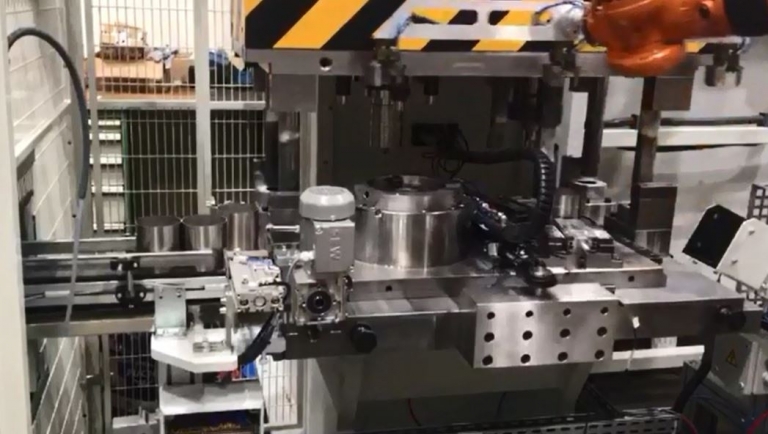 On this occasion, in which the client has asked us for a "turnkey" installation, we have included 2 progressive dies that have been designed and manufactured by INDUSTRIAS FOCS, experts in this matter and that have been a fundamental part in the success of the project .

These covers are part of a set of a "cooler" for Renault-Nissan engines and are mounted on several car models.

The satisfaction of the customer has been such that at the moment we are working on the study for the inclusion of new references in the lines delivered.